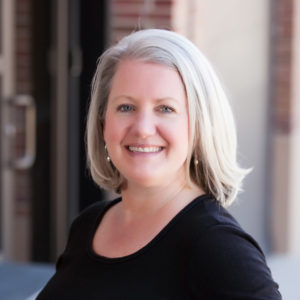 A native of Colorado, Dr. Cara Mudd received her bachelor’s degree and D.D.S. from Creighton University in Omaha, Nebraska. After three years as a general dentist in Colorado, she was Dental Director in a rural community health clinic that treated uninsured and low-income children in Washington State. Dr. Mudd then completed a two-year post-doctoral residency in Pediatric Dentistry at the University of Washington, where she also served as Chief Resident. Dr. Mudd is Board Certified, American Board of Pediatric Dentistry.

As a mother of two young boys, Dr. Mudd recognizes that every child has individual needs, and she takes pride in the compassionate, personalized care that she delivers to every child. In their spare time, Dr. Mudd and her family enjoy skiing, hiking, camping, biking and watching movies.

A: Specializing in Pediatric Dentistry was a very easy decision.  I had worked for several years in General Dentistry and while I enjoyed it, I found that treating children was highly rewarding. I was proud to be accepted for the Pediatric Dentistry residency program at the University of Washington and have enjoyed every moment of having my own practice back home here in Colorado. Now I get to see kids all day!

Q: How has motherhood helped you professionally?

A: Having two little boys is a lot of fun, but it can be demanding too. I have a better appreciation now that even the best plans sometimes don’t get realized. And when a mother of a toddler confesses that sometimes teeth just don’t get brushed twice a day, I get it. We all do the best we can.

A: I would love to hear that they had fun at the dentist! I hope parents will say that he or she felt confident that their child was receiving the best possible care, and I want the child to be excited to come back! 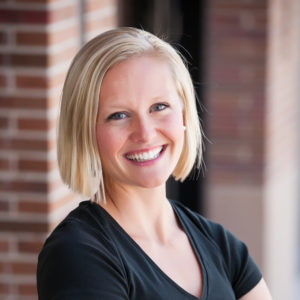 Dr. Sarah Villaseñor grew up in Overland Park, Kansas. She studied abroad in Toledo, Spain, and received her bachelor’s degree in Spanish from the University of Notre Dame. After attending dental school at the University of Nebraska Medical Center, Dr. Villaseñor moved to Denver to complete her pediatric dentistry residency at Children’s Hospital Colorado. During her time there she served as Chief Resident and participated in a dental mission trip to Guatemala.

Dr. Villaseñor is mom to two young girls. In her spare time, she enjoys spending time with her family and being outside all year long. She loves to ski, run marathons with her dad and ride her bike.

Q & A With Dr. Sarah Villaseñor

I have so much fun working with kids, and love being able to shape a child’s dental experience from the beginning.   I chose Pediatric Dentistry because I wanted to help children learn how easy going to the dentist can be!

Q: What is your favorite part of being a pediatric dentist?

Working with kids keeps me on my toes! I love being able to make an early impression and getting to know kids as they grow.

I’d like to hear them saying what a great time they had and how excited they are to take great care of their smile until they come back to see me!

Dr. Clay grew up in the small town of Selma, Alabama. She attended Birmingham-Southern College then graduated from the University of Alabama School of Dentistry in 2007. She relocated to Denver, Colorado and completed a one-year General Practice Residency at Denver Health Hospital. For the following five years, Dr. Clay practiced general dentistry for Denver Health. Working alongside a pediatric dentist, Dr. Clay realized her passion was in pediatric dentistry so she returned to her home state of Alabama to complete a two-year residency in pediatric dentistry. During her time in Alabama, she served as the Chief Resident of the Pediatric Dentistry Program, an honor bestowed upon her by the faculty. Dr. Clay earned her Board Certification in 2017.

Q & A With Dr. Sarah Villaseñor

While practicing as a general dentist I worked with a lot of kids. It finally dawned on me how much fun it was to work with kids! They remind you not to take life too seriously.

Q: What is your favorite part of being a pediatric dentist?

I love watching the kids grow and evolve. They come in as tiny tots who are often a bit apprehensive, and before you know it they are seniors in high school, ready to go out and do great things in the world!

I would love to hear them say what a great time that had coming to visit me, and they can’t wait until their next visit!